Twin boys move to a new home with their mother after she has face changing cosmetic surgery, but under her bandages is someone the children don’t recognize.

DIRECTED BY and WRITTEN BY  Severin Fiala and Veronika Franz

“A Mother Should look out for her Sons”

The ambiguous tagline for “Goodnight Mommy” is indeed a unique double entendre. This beautifully realized thriller, which hails from Austria, has it’s share of twisty parallels and innuendos. It is a pop art horror flick that revels in it’s interpretations and skewed look on one of the most basest and primal connections of human beings: The love and trust between a mother and her sons. In the end, the film itself is a double entendre, as it reveals itself as a play in cinematic duality and psychological exploration.

Young twin boys Elias and Lukas (Elias and Lukas Schwarz) are having a bucolic summer off from their school in Vienna. They do practically everything together, as boys their age and closeness are meant to do. In this pastoral setting, literally in the most rural and isolated of places in the countryside, they explore, wander, inspect and discover together. The twins are inhabitants in their own little world of new emotions and determination. They also enter caves (one of which contains human skulls in a very unnerving moment), run around, swim and at home engage in various hobbies to keep them busy, one being the caring of large insects and cockroaches (which later, induces a nightmare for one of the boys). 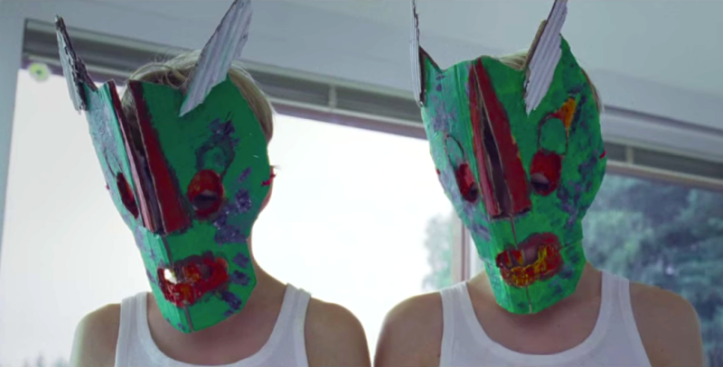 What immediately sprung to mind for me is the quietness of the first few estasblishing scenes. The film isn’t noisy, intrusive or bombastic. The peacefulness is a precursor to what comes eventually, as the film develops and entangles the viewer in a very creepy story. Not knowing much going in, I was impressed by the wonderful and picturesque cinematography by DP Martin Gschlacht. The colors, compositions and landscapes are on brilliant display, and as the movie moves on, the atmosphere and mood brought on visually, starts to become more claustrophobic and menacing.

Elias and Lukas are also pretty responsible kids, it seems. They are alone in their idyllic modern home as they await their Mother (Susanne Wuest), who is a TV and Movie celebrity (it is never quite specified). When she arrives home we find out that she has been through some serious surgery, as a result of an undisclosed accident or incident, that leaves her entire head swaddled in bandages. The boys, happy to see her, cannot contain their excitement and relief upon having her return home. 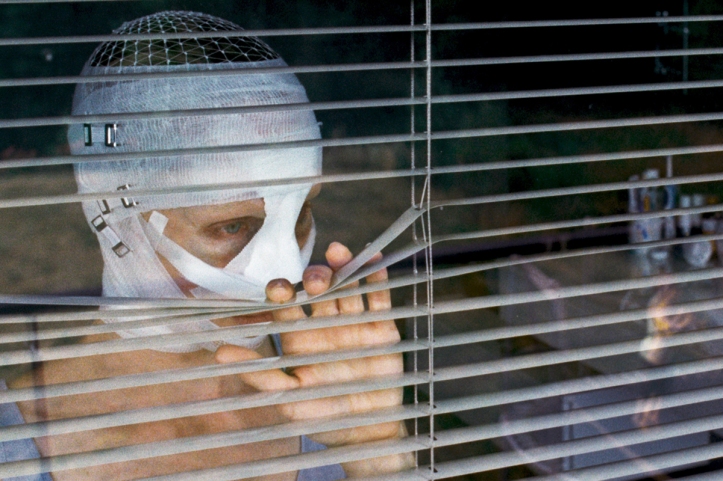 But things start to unravel between the boys and Mother. She is moody, impatient, quiet, morose and sullen. Is it just a result of the surgery? Could it be depression? She also enforces strange rules and appears to be always pissed off at Lukas for some reason, sometimes completely ignoring him. It is possibly hinted that he may have wronged her somehow, maybe even causing her accident or something along those lines which may have played a role in a divorce, as well. There are bits of normalcy (though a game night goes very wrong) with mother and sons, but they are fleeting.

“Goodnight Mommy” is a firm and rhythmic treatise on behavior both normal and abnormal and the film has it’s moments of fright and discomfort without any of the more cliched, patended schemes behind it. You are going to need some patience for this film as it is an observation piece about a descent into delirium for one or more of the characters. About midway into the film, the boys, believing their Mother is not the same woman who has cared for them all there lives, take matters into their own hands. And as we experienced, first hand, they can be very resourceful.

They tie up Mother and subject her to a series of grueling to watch, maternal torture tactics. But not before putting a baby monitor under her bed and watching old videos of her and becoming convinced that even her eye color has changed. They feel that they are justified by doing these horrific things though, in order to have her confess to them where their real Mother is. Also, they come across as trying to defend themselves from Mother, as they genuinely feel threatened. 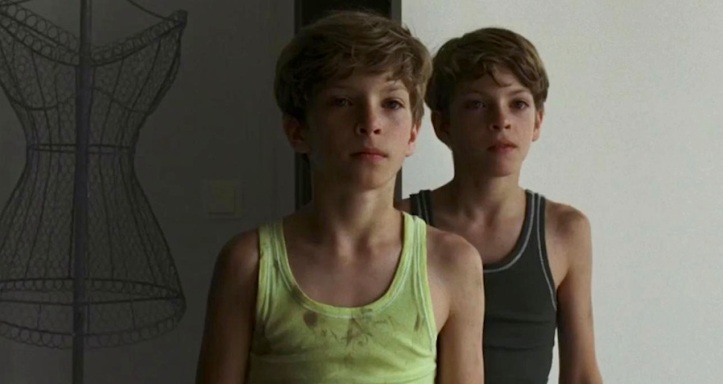 A variation occurs (after a very humorous moment of levity with Red Cross workers looking for a donation) in the film and when it does, the film starts to slowly answer the myriad of questions the first half of the film raises. The movie become less a work of mystery than one of subtlety that is sometimes pushed aside.

The “twist” itself may be telegraphed to many by the last act but directors Fiala and Franz do not really care by this point. They are more entrenched into establishing nightmarish mood, vignettes of curiousity and moments of blurred reality and psychosis. They even tread a very emotional line when we discover the truth about Elias and Lukas that propels the viewer into near despair for the family.

“Goodnight Mommy” is a slow burning horror movie that sparks us to question motivations and sympathies. We leave with a sense that we should always re-think or re-evaluate why we do what we do to get to the truth and whether one is acting out of fear or out of mental un-stability. The movie may not be for some since the reveal has been done before and done quite recently. It also goes for a more ethereal wrap up and a spiritually elegant conclusion that may annoy some in it’s abstruse trappings. But a more beautifully crafted euro-horror movie, from 2015, you won’t find. The performances are well grounded and tight and the film visually grabs you, especially in first act.

Like “The Babadook” before it, I feel that “Goodnight Mommy” will succeed on more than a few levels and garner the audience it deserves by word of mouth alone. Dare I say, it may even become an instant cult favorite. Recommended! 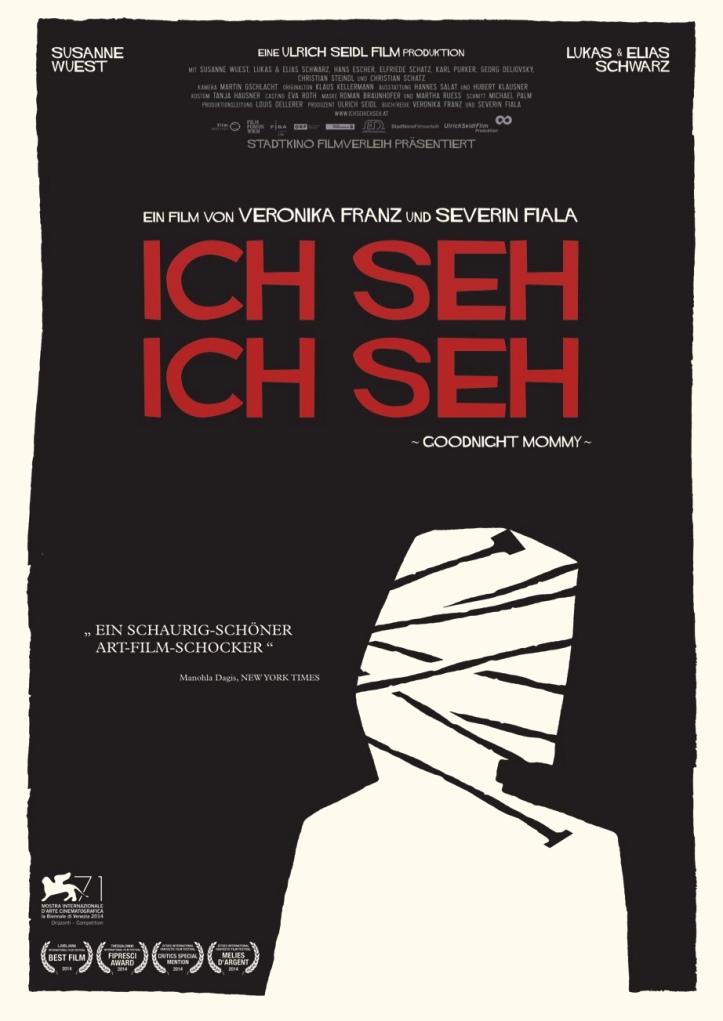