Everything changes for 15-year-old Mia when her mum brings home a new boyfriend.

Fish Tank has a wonderful correlation that runs through the entire film.  The main character, 15-year-old Mia, is troubled because her small world is changing.  She no longer has a good relationship with her mother or sister, she has no girlfriends, and anytime she leaves her home is constantly in conflict with others.

At one point, she bumps into a rundown trailer park where she sees an old horse on its last legs.  She becomes protective of the horse and demands the owner’s take better care of the animal.  As the story progresses, the horse gets sicker and sicker and Mia’s life gets more and more complicated and confusing.  I realized that the horse was a symbol of her lost innocence.  What better way to capture the end of childhood than a sick horse ready to be put down?  All girls dream unrealistic dreams when they are young.  They want to be a princess, marry a prince, and ride away in the sunset on their pony.

So, what does a young girl do during a time when everything they knew isn’t as it seemed and the world grows darker and colder by the minute?  They hold onto a hope for something better and Mia is no different.  Her passion is for dance and the way it takes her away to a better place in her mind.  There are several wonderful scenes where she dances alone in an apartment building to her music and you can feel what it means to her.  The emotional connection I felt was largely due to the wonderful performance by Katie Jarvis in the lead.  Her scenes are never forced or overacted.  They play out eloquently and in service to the story. 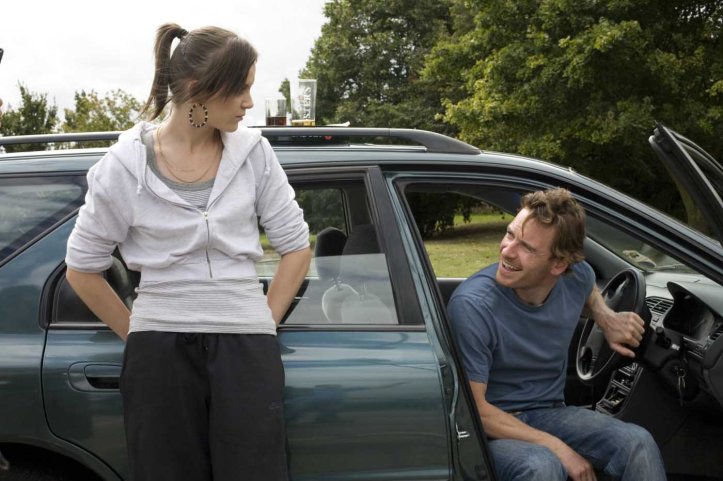 Is everything perfect here?  No.  While I really enjoyed Mia’s story, there was a sense that there could have been more character interaction.  Mia’s mother and sister are largely wasted as after thoughts when they could have been central in how Mia faces the challenges she does (I won’t spoil them here).  “Fish Tank” is wonderful at presenting confusion but does very little in resolving it.  Some viewers would call that a strength but I consider it a weakness.

Some filmmakers like to leave a lot open ended to let the viewer imagine what could or should have happened to the characters.  But, it’s not about what I think should happen to Mia.  That’s the storyteller’s job and they let me down a little near the end.  But, for those that like cerebral coming of age stories, “Fish Tank” is a must see.