Hey Densters! My good friend, Shawn O’ Halloran, from http://tv-tastic.com/ drops by Vic’s Movie Den for another killer guest post. This time he reviews the very popular: “The Lego Movie” 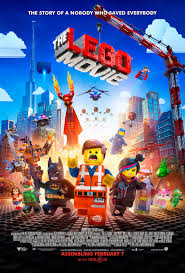 An ordinary LEGO mini-figure, mistakenly thought to be the extraordinary MasterBuilder, is recruited to join a quest to stop an evil LEGO tyrant from gluing the universe together.

It is a rare event that I give a film a perfect score but if there was ever a film that was more deserving in recent memory, I can’t think of one. The LEGO Movie is by far the best animated film I have ever seen and that includes ANY Pixar film (yes, I know… blasphemy). It is also the first film I have seen in years in which the entire audience stood up and applauded when the credits rolled.

Cleverly acted, the film showcases the comedic talents and sometimes surprising comedic talents of some of the biggest names in popular film today. Will Farrell (Lord Business/President Business) and Will Arnett (Batman/Bruce Wayne)… heck, those guys are givens as far as comedic timing is concerned but who knew that Morgan Freeman and Liam Neeson could be so funny?

From the beginning, the story seems like nothing more than a rehash of the themes in Kung Fu Panda or The Matrix with the role of Po/Neo taken on by our very ordinary hero, Emmet (Chris Pratt). As the film progresses, it takes on the tone and plot of a million of other action film clichés but the visually stunning frenetic action combined with multiple clever pop-culture references allows you to forgive what seems like a generic story and just simply enjoy the awesome adventure that you and your kids are on.

The level of detail is absolutely phenomenal, right down to the tiny scratches in the ABS plastic and my favorite, the visible finger prints on the mini-figures themselves. And make no mistake, by design, this film was meant to be seen by families which just makes the experience that much more enjoyable. 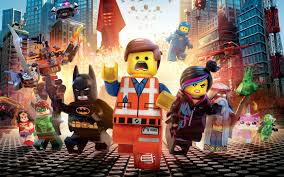 So, am I saying that the overall experience of the film makes up for the weak story? Nope. In the last 20 minutes of the film there are live-action sequences that tie the whole story together and turn what was a generic and almost mediocre plot into one of the most brilliant pieces of complex fantasy story-telling I have ever seen in a family film. It was so cleverly done that I literally slapped myself in the forehead for being tricked like I was because the film drops not-so-subtle clues as to the big twist throughout its entirety.

I came out of this film realizing that though cleverly marketed as a kid’s film, this is a nostalgia film for X and Y Geners (is that a word? don’t care, going with it…) and the tell was with 1980’s Spaceman, the insanely hyperactive Benny (voiced by Charlie Day). 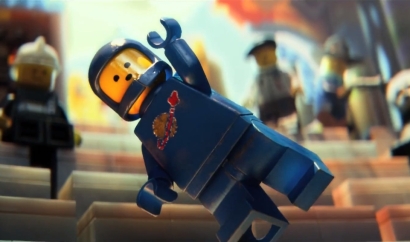 Anyone whoever had this mini-figure (or a similar one with the space helmet) knew that within a month’s time of taking that helmet off repeatedly, the bottom of the helmet near the chin would split because it was so thin. The reason for this is simple: it was a two part injection-molded piece of plastic and that thin little piece was right on the seam.  The fact that someone thought of this very esoteric detail in and of itself is not only brilliant but it also helps achieve one of the film’s main goals: taking our generation back to a time when we were seven years-old.

The level of violence in this film is probably the biggest factor in the MPAA PG rating, but it’s the exact same kind of violence that a seven year-old kid would inflict on their own LEGO minifigures through normal imagination-fueled play and like everything else in the film, it ties into the big twist that brings the whole film together.

Is The LEGO Movie, as some have claimed, just a two-hour advertisement for a toy? Yep, but who cares?  LEGO toys are a permanent part of our pop-culture and certainly no different than film franchises based on G.I. Joe or Transformers… except for the fact that I can watch a LEGO film with my kids and not scare the living crap out of them. The motivations for this film are irrelevant as to its quality despite the cynical attitudes towards it.

My only regret is that we didn’t see it in 3D as this is one film that it is a moral imperative to see in 3D. Oh, well… I guess we’ll just have to go see it again.  Everything is awesome, indeed.

Thanks Shawn for the contribution. I am very grateful and I sincerely appreciate it!