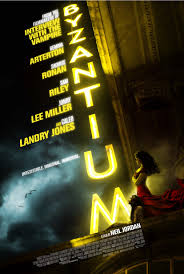 Residents of a coastal town learn, with deathly consequences, the secret shared by the two mysterious women who have sought shelter at a local resort.

Neil Jordan’s beautifully shot and told vampire drama, based on the play from Moira Buffini, is not your daddy’s vampire flick. The vampires that inhabit this picturesque tale are not shape shifters. They do not turn into bats or become mist. They can walk about in the daylight and don’t sport huge, long canine teeth. The 2 lead vampires in Jordan’s fable are beautiful creatures cursed, obviously and do need blood to sustain themselves.

Jordan’s 2 monsters are very human indeed and they bear remarkable resemblances to Anne Rice’s Louis and Lestat which Jordan brought to life in his other vampire fable, the brilliant “Interview with the Vampire.” Being immortal as they are, they need to blend in, evolve and change with the times. But they seem to always just be the same, living out their existence just as they had before being turned. They are not the Stoker-ish vampires or lore. The sun doesn’t bother them. They do not climb walls. They do not sleep in coffins like their counterparts in many other films do.

They are the embodiment of the essence of vampirism. They are immortal. The feel guilt and passion. They are always moving and they (well, one of them) feel the need to tell their story whether believed or not. In “Byzantium,” Jordan, without the big budget and big names he had available for IWTV, returns to a deeper and headier pathos where his vampires are very human creatures who have to live and adapt in an ever changing universe.

Buffini’s tale tells of two women. A mother and daughter duo (they pretend to be sisters) who are both afflicted with vampirism. Gemma Arterton and Saoirse Ronan play Clara and Eleanor Webb. They find themselves on the run yet again as Clara, who is an exotic dancer, dispatches an investigator who is on their trail. This forces them to burn their residence and flee. Eleanor (Ronan), who is the younger and idealistic vampire, is always writing her history down on paper only to repeatedly destroy it. This one time, though, the discarded papers are found by an elderly man in their apartment building. He decides to believe the story he reads and he asks Eleanor, the angel of death, to end his existence.

Eleanor only feeds (they sport a funky fingernail claw that extends for puncture) on the old and sick. She is a merciful killer with the soul of an innocent. Clara, though, is always the woman she was when she was turned. Opportunistic and strong, Clara, after being yanked and forced into prostitution (the only thing she ever learned to do), becomes ill with consumption and discovers a chance to become cured through a pagan-istic ritual which takes place on a desolate and distant island. Jonny Lee Miller (Dracula 2000, Elementary) brilliantly plays the unsavory and offensive Ruthven, a Soldier during the Napoleonic Wars, that is overtaken by Clara before he gets his chance to flee to the island to cure himself of the same affliction that curses her. 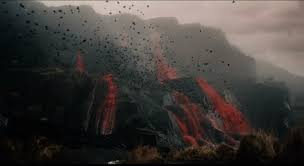 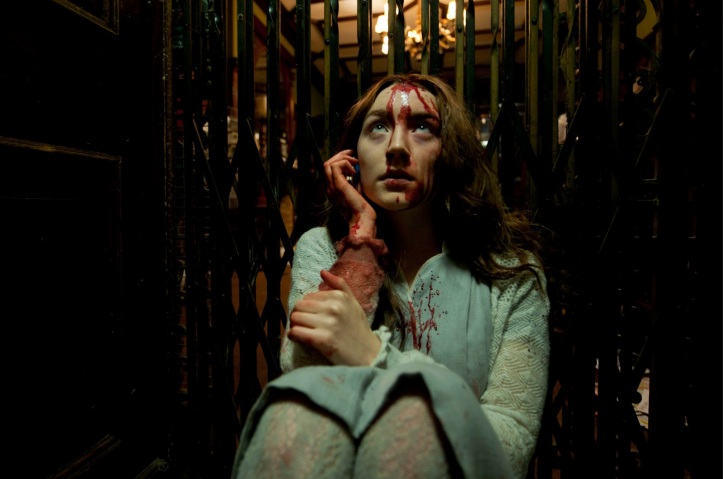 She makes it to this island where Jordan’s tale becomes more about some Celtic mythology with bloody CGI waterfalls and swarms of good looking CGI bats. After she is turned, Clara finds her daughter, who she left at a Convent/Orphanage and decides to have her turned as well in order to have her accompany her, selfishly, through eternity. They flee to a seaside town, that Eleanor is sure they have been to before. The film and the town, wonderfully realized by the talented DP, Sean Bobbitt (12 Years a Slave), is desolate, grey, rainy and windy. It even sports rugged beaches with abandoned boats, craggy shores and a run down pier with a battered amusement park where Ele meets a local teen afflicted with a blood disorder named Frank (Caleb Landry Jones) and a strange and dysfunctional friendship is born.

They spend much time together while Clara, after successfully recruiting a mourning local man who owns a hotel (named Byzantium), opens a brothel maintaining the only lifestyle she is used to and revels in. She is the Lestat to Ronan’s Louis in this creative and spellbinding film. Jordan’s film is deliberate and moves in a slow and involving pace. It is elegant and violent at the same time. The characters are complex people and the visual mythos is both resplendent and repugnant. The film takes it time setting up these complicated characters and the dynamics of the story, which moves many times back and forth from the present and the past, is poetic. (Many flashbacks involve JL Miller and another vampiric Soldier named Darvell played by Sam Riley).

Jordan knows these beings and eventually when he pumps up the action near the end we have already had the chance to get to know and understand the layers of mood, style and drama that permeate the movie. The performances are powerful and the drama heartfelt. Ronan is superb and Arterton is racy and fascinating to watch. Landry Jones turns in a wiry performance as he is forced to doubt the intentions of Ele especially upon deciding if her life story or rather her manuscript is true or not. Also, of note is the writing teacher  who tries to determine what Ele really is, as he consults with Maria Doyle Kennedy (Orphan Black). They feel that her prose, descriptions and vernacular are far beyond her years. The more complexity that Jordan adds to this tale the more involved we become.

I highly recommend “Byzantium” for it’s good looking, fearsome and ravishing palette. There is much to like here and when Jordan manipulates his story, actors and characters, we are always surprised and impressed. The film is sad, self assured and very determined to provoke. It has depth and deals with sublime themes that Ronan and Arterton take full advantage of when they flex their un-dead acting chops. Jordan totally owns this movie and if you are not already overloaded with all the vamp crap out there, you may dig this singular little tale of death, life and immortality. 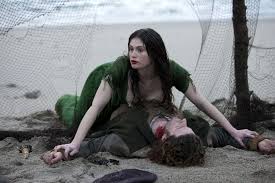 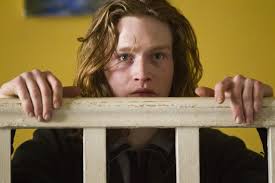