The haunted Captain of a Soviet submarine holds the fate of the world in his hands. Forced to leave his family behind, he is charged with leading a covert mission cloaked in mystery

I’m going against the grain once again on this film. It is getting really bad reviews but I found enough to like to warrant a recommendation. I’m a sucker for submarine thrillers. I love the claustrophobia, suspense, sheer terror and of course of of the nautical action. Sure, when you can drop titles like Das Boot, Crimson Tide and the mama of all sub flicks “The Hunt for Red October” it can be easy to overlook some other sub films worth their salt like U-571, Gray Lady Down and even K-19. So, when writer/director Todd Robinson (Lonely Hearts) brought to the screen an almost forgotten true tale of the cloaking device “The Phantom” I was very intrigued.

Robinson smartly recruited Ed Harris, David Duchovny and Lance Henriksen as his leads. He places his story in the not so distant past during a very rough patch of the Cold War and succeeds, for the most part, in putting together a gripping, taut and suspenseful thriller that is a neat and tidy character study about some mariners making very tough decisions about loyalty and the price of peace. Robinson shows respect for history even though the film drops the ball with some anachronisms and inconsistencies.

He shows us an ugly side to the allegedly true story of how one sub captain and his crew are single-handedly taken over by the state politicos (or rather the KGB here) who have a deadly mission to fulfill at any cost. Robinson’s film is indeed gritty and progresses nicely and he remembers to not ignore his characters and the motivations and humanity that each one brings to bear.

There are some very smart exchanges between Harris, who plays the epileptic Captain Demi, with just about everyone else. First with Henricksen, who plays Fleet Commander Markov, who gives Demi his last orders to take out an old relic sub that is an old diesel beast. Demi thinks that the mission is a simple one but when Markov does something quite unexpected we find out something is amiss. Right before Demi heads out, a dude named Bruni (Duchovny) and his back up arrive last minute and for some reason it appears that Demi does not recall Bruni who makes an effort of trying to spark something within Demi. 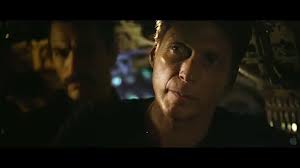 Ed Harris is completely in charge of his character Demi. Every harsh wrinkle and line in Harris’ face tells a million stories and Robinson nicely supplies Harris with plenty of back story. Demi has had a rough go of it having had a mission go horribly wrong in the past (resulting  in a head injury and some deaths) and having to live up to the legacy of his father who is a national Russian hero with an astounding legacy. Demi is a sympathetic person but is also a tough Captain who doesn’t always follow the rules or goes by the book like some type of underwater James T. Kirk.

He also is not intimidated by the strange presence of Duchovny and his men. Demi’s second in command, Alex (played with incredible intensity and focus by William Fichtner) always has his Captain’s back and seems to be the one person who is caught between a power struggle. Actor Johnathon Schaech (Dark Circles) plays an Exec Officer, named Pavlov, who is a bit of a weasely and bothersome crew member that seems constantly nervous and indecisive.

Robinson has his gaming phenom DP Byron Werner (Breakout) shoot this film with a glorious eye for grit, tight spaces and flow. One reason I love these films is how inventive and creative DP’s must get shooting in sets that sweat, clang and boom while remaining true and intense. In no way does this sub thriller feels like a low budget indie. Robinson deserves kudos for that.

Harris and Duchovny continue to raise the stakes as distrust, menace and hatred are slowly amped up by the secretiveness of Bruni and his men. Even after a tense sequence where Bruni takes over the sub in order to engage the cloaking device (stay with me here, I know, it sounds like a Star Trek episode) and when it is a success things become a bit more orderly as Bruni fills Demi’s men on the rest of the mission. After Demi suffers a seizure after consuming alchohol, Bruni appears to have a chip on his shoulder the size of the sub. He counters Demi at every turn and Robinson gets us inside the heads of these hard men. 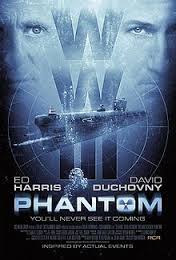 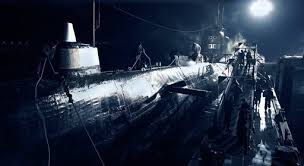 Demi, after recovering, makes it his mission to get his ship back from Bruni’s grip after he learns that the Russian State has a very world changing plan to obliterate the enemy. A war with no winners on either side. Bruni feels it is a war that will be fought by their enemies leaving the USSR intact. I must commend Robinson for bringing a cold war sub flick to life in this current state of over the top and loud naval action movies (Battleship, anyone?). The action sequences are nicely done and appear quite realistic.

The editing is spot on and the performances really make the film. Robinson delivers 3 very tense sequences that will remain memorable and are thought provoking. Despite the fact that none of the actors even attempts to maintain a Russian accent is a bit weird and some of the decisions made by certain characters are a bit predictable.

Also, some of the officiousness of the  crew and state officers appeared inaccurate and a bit mis-placed but it wasn’t all bad or too intrusive but I chopped off some points for that. Unfortunately, My biggest gripe, I suppose is the way the film concluded. I felt it was a ditch effort of some weird sentimentality that did not quite match. It was a fast but thankfully brief tonal shift that had me scratching my head.

Bruni’s reveal to Demi at the end is something I had not seen coming and Todd Robinson deserves kudos for providing a tense and action filled drama that with an 18 million dollar budget shows that it can play with the big boys. So, “Phantom” is yet another in the long line of movies I seem to like that everyone else hates. If at all it at least worth one watch. Enjoy! 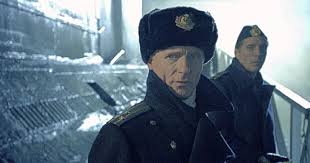 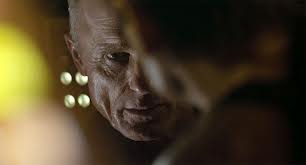