Guest Blogger and good friend, Michael Cavacini once again contributes to Vic’s Movie Den with another great post. This time it is a “Top 5” List of his favorite film scores by the amazing Composer James Newton Howard.

James Newton Howard is one of the most prolific modern-day composers. He’s scored over 100 films and has been nominated for eight Academy Awards. Howard has composed scores for all of M. Night Shyamalan’s films since The Sixth Sense, and his ability to complete scores in approximately one month has resulted in Howard being regarded as a fast and reliable composer.

While it was hard to choose, below are my five favorite James Newton Howard scores.

This Oscar-nominated score, which I just discovered, is easily my favorite. Turning Pat Conroy’s bestselling book into a film was no easy task, but what I noticed first upon watching the movie was the fantastic music. The story is focused on family and love, and Howard’s score fit the film perfectly. And the gorgeous melody he created for the main title was weaved throughout the score, giving it a cohesive feel. 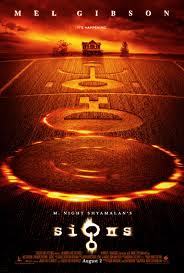 Signs is one of my favorite films, and one of the reasons is because of this haunting score. It did a wonderful job of enhancing emotional moments between characters and portending the impending alien invasion. It was one of those films where I knew I had to obtain the score before the final credits rolled.

Batman Begins is my favorite film in Christopher Nolan’s Dark Knight trilogy. Similar to Tim Burton’s Batman films, Nolan’s trilogy featured memorable music throughout. But, for some reason, I have a soft spot for this score over the others. It’s filled with beautiful music that amplified the intensity and darkness of Batman Begins, and I like that all of the song titles are various bat species in Latin – very cool.

Unlike many people, I really enjoyed The Village. I thought the acting was incredibly well done and that the twist at the end was satisfying. While people don’t agree on the overall quality of the film, almost everyone agrees that the score was a masterpiece. This Oscar-nominated album featured the masterful work of Grammy-winning violinist Hilary Hahn, and the result was spellbinding.

Peter Jackson’s King Kong was an excellent film in which Jack Black showed viewers that he was capable of more than comedy. It was also a visually beautiful film that featured yet another moving score by James Newton Howard. It’s an elegant, sweeping album that features gorgeous piano, horns and, of course, violins. Considering Howard was brought into the mix at the last minute, I’d say he did a wonderful job with this score.