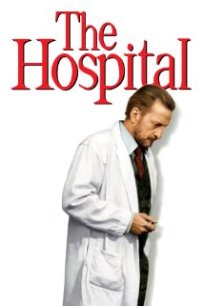 George C. Scott stars in this black comedy as Herbert Bock, a suicidal doctor who struggles to find meaning in his life while a murderer stalks the halls of his hospital.

Arthur Hiller directs a finely tuned George C. Scott in The Hospital. Released in 1971, “The Hospital” is a black comedy in every sense of the word. Many a film and TV show has had a hospital as it’s setting, and though Hiller makes the hospital a character on it’s own, it’s the human element that is prevalent in this movie.

Black comedies can only work if the subject matter is indeed something that we all take very seriously. Screenwriter Paddy Chayefsky flexes his muscles here with an Oscar winning screenplay about a suicidal doctor who, during a midlife crisis, loses control of his hospital and his sanity. 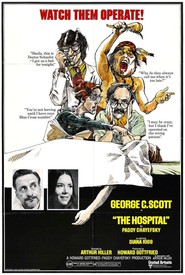 Scott turns in an Oscar-nominated performance as Dr. Herbert Bock, who is the chief of medicine at a Manhattan hospital where there are some strange goings on. Dr Bock is indeed a troubled man. His children shun him and his wife leaves him as things at the hospital fall into despair. He even contemplates suicide at one point as he deals with a self image and impotence problem.

So with all these things going wrong for him, there is the small matter of the murders of two physicians and a nurse. As the film unfolds he falls for the daughter of an interesting patient of his played by the energetic Diana Rigg, who is spot on playing against the gruff and surly Scott. They in turn have to get to the bottom of the murders as Dr Bock also deals with protests from displaced drug addicts and hospital administrators. 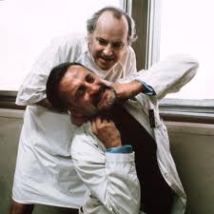 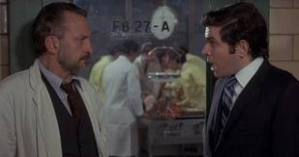 The film is full of quick wit and humor but it also delves deeply into helplessness and disparities. “The Hospital” get a bit bogged down with too much exposition. The direction often times starts to meander, leaving the viewer wanting some type of resolution since we are in this for the long haul.

In it’s defense, the film is biting and critical of the entire health care system and our place in it. The great cinematographer Victor J. Kemper shoots the movie with gritty realism and texture. But this film belongs to Scott and Chayevsky. So admit yourself into “The Hospital” for two hours and enjoy.