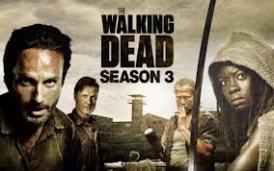 Hi Zombie Acolytes! Here are some Promos for the second half of the amazing Season 3 of “The Walking Dead”  The Dixon Brothers are in pretty dire straits as they are pitted against each other. Also Rick and The Governor get entangled in some pretty hardcore shit as they eventually face off. After a 2nd attack The Governor retaliates leaving Andrea stuck in the middle of the zombie / human melodrama. I, for one can’t wait to see how all this insane-ness unfolds. So, make sure you all tune in!