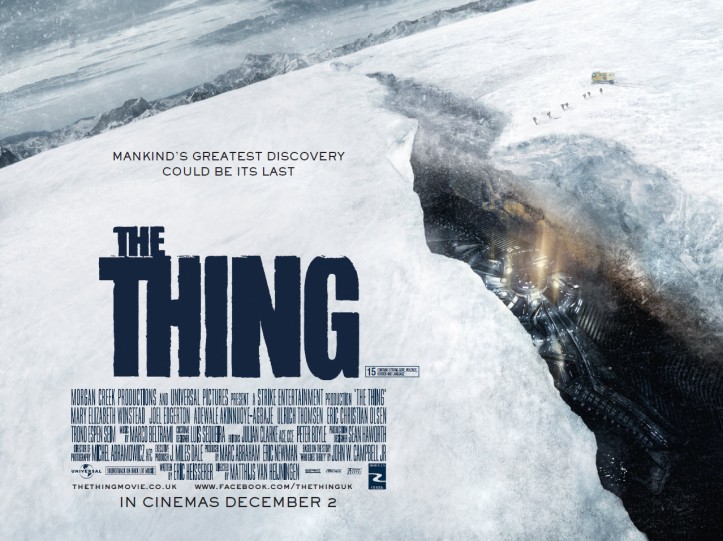 This terrifying prequel to John Carpenter’s 1982 classic of the same name tells the story of a team of Norwegian scientists who find an alien ship frozen in Antarctica.

As a standalone Sci-Fi creature feature The Thing would have played out as an average straight forward monster movie. But as a Prequel to one of the most highly regarded Sci-Fi/Horror films of all time, John Carpenter’s The Thing, the film fares better. Is it a love letter to Carpenter’s film? Yes. Is it almost a play by play of Carpenter’s film? Yes. But these little distractions aside the film plays out very well as a, if by the numbers, sci fi beastie film. 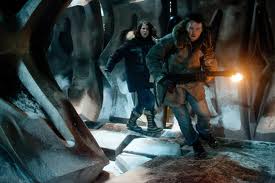 The set up is fast, interesting and straightforward. It begins, obviously, with the discovery of the alien saucer, the one we see in the beginning of JC’s movie, by Norwiegan explorers. The scene is a bit gripping as we see the vessel in near pristine condition. It answers the question of how it would have looked like pre-thermite. We then are introduced to Kate Lloyd, played rather convincingly and capably, by Mary Elizabeth Winstead (McClane’s Daughter in Live Free Die Hard). She agrees to help with investigation into the saucer discovery, Headed by a stern and aloof Professor.

The rest is rather predictable fare if anyone has seen Carpenter’s version. It almost plays out like a remake. They dig up and cart the remains of an alien life form back to the base, it thaws (the scientists in Hawks’ version had the brains to keep it in a cold room at least), it gets loose, tries to assimilate a camp member, it fails, they examine the remains, they take samples of the blood and determine that the alien is trying to imitate them in order to survive. The rest is where the film, much to it’s credit actually thrives, but only because it has Carpenter’s version as a template.

The suspense, paranoia and solid acting are all on display here and the characterizations are well fleshed out. We gravitate towards Joel Edgarton as the group pilot, Carter, whom we trust and like as he helps Kate take charge of the fearful and paranoid camp members. The creature effects are deep, dark and very weird. Yes, they are CGI but the shots never linger long and we get creeped out by the contorted and sinewy creatures that are spawned by the The Thing. Kate, obviously is the MacCready of the picture and she figures things out accordingly and does a good job of being the hero of the piece.

What I enjoyed the most in the film are all the references and connections to JC’s film. If you observe and watch with a keen eye all the pieces of the end of this film and Carpenter’s version come together nicely. Even as to where “The Axe” came from. The ending is a bit of a let down  but it is oblique and appropriate so I wasn’t as annoyed since they began to piece things together. All in all a decent homage to Carpenter’s visionary film and a nice and welcome companion piece to it. I recommend it to all fans and even non-fans (who may watch this one first then watch JC’s film) of Carpenter’s masterpiece. 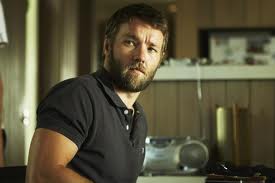 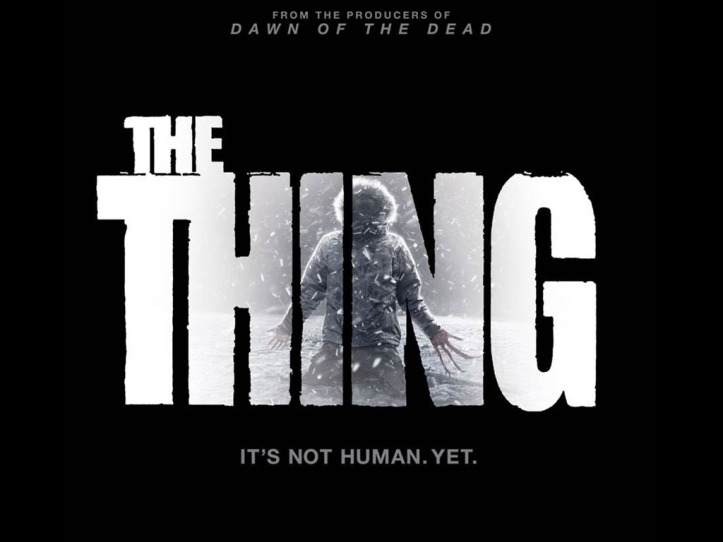